One of the most precarious situations under the umbrella of FOIA occurs when documents are being requested that are or will be prominently involved in pending litigation or criminal matters. Many times, elected officials, officers, and government employees have difficulty understanding why those records which are subject to a host of discovery rules in litigation often must be turned over in a five-day period. The confusion is warranted as many governmental attorneys have long felt there should be some restriction in the FOIA statute for documents turned over to attorneys that pertain to active litigation. In Turner v. Joliet Police Department, 2019 IL App (3d) 170819, the Third District upheld the Joliet Police Department’s (“JPD”) use of the “prohibited from disclosure by other state or federal law” exemption to withhold certain documents that were turned over to the State’s Attorneys Office in a criminal matter. However, the Court was careful to distinguish their holding from the 2013 PAC opinion which concluded that a party’s right to discovery in a civil case does not constitute a FOIA exemption.

In Turner, the Plaintiff had requested records from the JPD concerning his arrest while the matter was still pending. JPD denied or redacted portions of the request relying on Supreme Court rule 415(c) via Section 7(1)(a) of FOIA. Ill S. Ct. R. 415(c) (eff Oct. 1, 1971); 5 ILCS 140/7(1)(a). Rule 415(c) provides that “materials furnished to an attorney pursuant to these rules shall remain in his exclusive custody and be used only for the purpose of conducting his side of the case” Id. The Court found that JPD correctly relied on this rule as the basis for the exemption claimed under 7(1)(a) of FOIA, which limits disclosures prohibited under other state rules or laws. Specifically, the Court noted that although the Plaintiff could review the documents he was seeking through consultation with his attorney Rule 415 (c), he himself was prohibited from receiving or possessing them.

The Third District distinguished its holding from a 2013 PAC opinion which found that a public body’s denial of records based on a party’s right to eventual disclosure in discovery was not a valid FOIA exemption. See 2013 Ill. Att’y Gen. Pub. Access Op. No 13-017 at 9. Essentially, the specific language of the Criminal Discovery statue in Rule 415 rendered the distinct from civil discovery provisions.

As Rule 415 only applies where the accused is charged with a felony, FOIA coordinators and Public Police agencies should consult their attorneys when records are requested pertaining to a pending criminal case. Also, this case underscores the importance of FOIA coordinators, in-house attorneys, and litigators being in constant communication with each other when documents are being requested by a litigant that are or will be a part of the discovery in a Civil case. Turner does not provide an exemption for Civil cases, and it is critical that the information released, redacted, or withheld under FOIA be consistent with records produced through discovery. 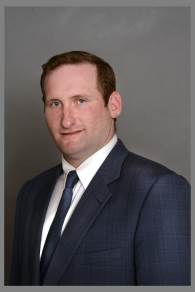