The Illinois General Assembly has approved and the governor is poised to sign a bill legalizing the recreational use of marijuana, making it the first state to do so through its legislature and the 11th overall to legalize it. The bill permits marijuana possession and may clear the way of hundreds of thousands of criminal cases to be dismissed. While the bill provides some benefits for the state and its residents, it also brings issues and challenges to Illinois law enforcement in implementing the recent law legalizing marijuana.

The implementation of the bill will allow residents of Illinois convicted of possessing small amounts of marijuana to petition to have their records expunged if the offense was not associated with a violent crime. Hundreds of thousands of Illinois residents could qualify to get their records cleared of low-level marijuana crimes, according to the Illinois Sentencing Policy Advisory Council.

Under the proposed law, Illinois residents 21 and older, beginning on January 1, 2020, will be able to legally possess up to 30 grams of cannabis flower, 500 milligrams of THC infused products and 5 grams of cannabis concentrate and will be able to purchase it from licensed marijuana dispensaries. Currently, there are only medical dispensaries and 22 state-licensed cultivation centers. Non-residents of Illinois will be permitted to possess about half the amount of weed than residents will be allowed to possess. While purchasing marijuana will become legal, it will remain illegal to smoke marijuana in public places or to drive while under the influence.

What does that mean for the enforcement of current laws? Once the bill is passed, a major challenge for law enforcement is understanding and enforcing new laws that aim to regulate marijuana use rather than enforcing laws that deem marijuana illegal. Further, the state’s bill conflicts with the Federal Controlled Substance Act of 1970, which classifies marijuana as a Schedule 1 controlled substance and states that it is illegal to sell, use or transport marijuana across state lines. While the federal government has relaxed prosecution of the law in states where cannabis has been made legal, the conflict between state and federal law remain a significant challenge for law enforcement.

Local authority must be aware that the legalization of marijuana creates challenges in conducting investigations, establishing probable cause, determining search and seizure procedures and addressing public safety concerns. Being the first state that legalized marijuana, Colorado has addressed many law enforcement challenges and has provided some insight on items to consider as our own State gears up for the new laws implementation on January 1, 2020. While it seems it is months away, it is beneficial if law enforcement, states attorneys and other departments affected by the new laws move quickly to establish data collection systems and processes in preparation for the new challenges they will face in understanding the impact of legalized marijuana and related crime.

Further, law enforcement agencies should consider developing policies, training and practices that take into account conflicting federal and state laws in relation to marijuana legalization but also to address enforcing long standing laws. Canines trained to detect marijuana introduces a problem for officers in conducting drug searches. Drug dogs are usually trained to alert on all drug scents; therefore, it is not clear to an officer, which drug a canine has detected. If a police dog detects drugs in a car, for example, may be unclear under the new laws if the officer has probable cause for a search if a drug dog cannot differentiate scents. With the new laws, the practices of using drug-detecting canines will need to evolve with new training necessary both for officers and possibly for the dogs themselves.

While the bill states that no one under the age of 21 can possess recreational marijuana, legal marijuana retail stores face the same enforcement and oversight as liquor stores when it comes to selling to minors.

Even though the bill allows for the recreational use of marijuana, citizens must be aware that recreational marijuana use is subject to the same standards of public behavior as alcohol. Consumption of marijuana in all public places and standards of public intoxication can be similarly applied. Consumption of marijuana while driving is prohibited and driving under the influence of marijuana is treated similarly to driving under the influence of alcohol. However, police may find putting these new enforcement measures into effect as a major challenge. If a driver fails a field test, or refuses it, the officer must decide whether to require a blood test to determine the level of THC. These tests require medical personnel, either a paramedic at the scene or a hospital emergency room to draw the blood sample of which results can take from one day to six weeks.

In light of the bill, law enforcement departments may want to consider more intense training courses in addition to the Standardized Field Sobriety Tests. ARIDE, which is a sixteen-hour class, trains law enforcement officers on how to detect drug-impaired drivers. Legal experts have warned that more training is essential to providing adequate resources for prosecution under the new laws of marijuana legalization. While in the past having evidence of marijuana in the system could lead to conviction of drivers, many judges and juries will be more demanding of proof that the case meets the legal criteria of impairment.

Training is essential because there is no handbook to follow in enforcing the laws and no way of knowing what actual effect legalized marijuana will have on crime, public safety, law enforcement and prosecution of crimes. However, several other states that have overcome some of these challenges could be used as guideposts for future enforcement and regulation. 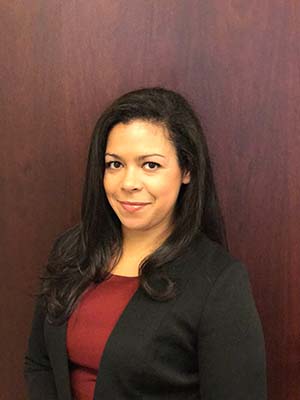