When the Occasional Storm Strikes: The Window Cannot be Closed to Avoid Adverse Conditions

In most instances, governmental bodies’ board meetings occur without consternation; they are rote.  The board runs through their agenda items. The floor is open for public comment, a few people, most likely regular attendees, give their thoughts. The meeting is adjourned.

Undoubtedly, however, every governmental body will have to deal with an unexpected calamity that generates significant public dissension.  When that occurs, the next board meeting will be filled to capacity with many members of the public wishing to express their concern and/or offer their opinion regarding the event. The board will be faced with the question of what, if any, limitations can be placed upon the time permitted for public comment and still be compliant with the Open Meetings Act (“OMA”).

In October 2018, the Lyons Elementary School District 103 Board of Education (“Board”) was confronted with that issue.  Over 100 parents and members of the public attended the Board meeting in response to them learning that a sixth grade English teacher was hired despite being charged with Attempted Murder.  Many of the attendees desired to speak, to express their concerns and fears.  The Board determined that, in accordance with their past practice and policy, members of the public would be able to speak for 3 minutes each for a total of 15 minutes for all speakers.  Therefore, many of the attendees were not permitted to speak.  Not surprisingly, they were displeased with the Board’s decision.

Subsequent to the meeting, an attendee submitted a Request for Review to the Public Access Counsel of the Attorney General’s Office alleging that the time allocated for the public comment was insufficient and violated the OMA.  In her second binding opinion of 2019, the Attorney General agreed finding that enforcing an unestablished and unrecorded rule limiting the public comment portion to a specific time violates the OMA.

Section 2.06(g) of the OMA requires that all public bodies provide an opportunity for the public to address members of the board at meetings.  The time allocated can be limited but only in accordance with the “rules established and recorded by the public body.” To be compliant with the First Amendment of the United States Constitution, only “reasonable time, place and manner restrictions” which are content neutral are permissible.  Further any “rules must be reasonably necessary to protect a significant governmental interest and must tend to accommodate, rather than or unreasonably restrict the right to address public officials.”

The Board argued that they were in compliance with the OMA because they had adopted a policy which provided that comments shall be limited to three minutes per individual.  While the policy did not address limiting time allocated per topic, they did have a “Welcome Packet” available to all attendees which indicated that the Board’s policy was that only 15 minutes per topic would be permitted for public comment.  Accordingly, the policy was established.

The Attorney General recognized the Board’s argument but dismissed it.  The only rules that are enforceable are those that are established and recorded by the public body.  In this instance, the Board had always utilized the practice of limited time allocation and read the policies as identified in the “Welcome Packet” and read them aloud at each meeting.  The Attorney General asserted 2.06(g) of the OMA does not suggest that past practices which have not been formally incorporated into the rules may be enforced to limit public comment.

The Board experienced something on a scale that it is an anomaly. A sensational allegation of egregious breach of the public trust that exposed children to potential harm.  As everyone is aware hindsight vision is 20/20.  The Board was clearly trying to act in a manner to quell and dampen the anger of the public, but not maliciously.  The Attorney General’s Opinion appears to recognize that there may be situations that strict adherence to the previously adopted rules may not be prudent. Arguably, even if the 15 minute rule per topic had been established and recorded, the time would not have been reasonable. Much consideration was extended to the number of people that appeared at the meeting and those few that got to speak. The Attorney General highlighted that there was “no evidence that limiting comments was necessary to maintain the decorum or that extending of the comment would have if unduly interfered with the orderly transaction of public business.”

It is important to remember that under the OMA, “[i]t is the public policy of this State that public bodies exist to aid in the conduct of the people’s business.”  5 ILCS 120/1.  In this day and age, people have opinions and they want to express them.  The avoidance of conflict is a goal that is generally universal.  Accordingly, it is important to evaluate whether or not your public body has established and recorded rules with regards to public comment.  Lastly, when the situation arises and calamity strikes, closing the window is not always the best option. 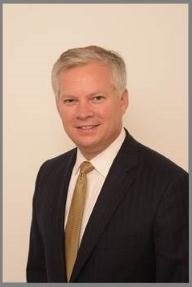