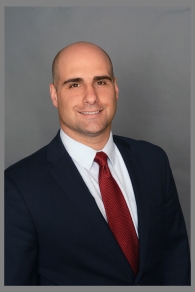 During his service as an Assistant State’s Attorney, Mr. Lanzito conducted approximately 150 bench trials on behalf of the state. He also has tried several matters to jury verdict, both in state and federal courts.
His litigation experience includes complex state and federal litigation, as well as dispositive motions and appeals. Notably, Mr. Lanzito has successfully defeated class action and injunctive claims in several matters. He is a member of the Trial Bar for the Northern District of Illinois and the Seventh Circuit Court of Appeals.

Apart from litigation, Mr. Lanzito acts counsels multiple municipalities with their various legal needs. He also counsels businesses emerging corporations in all aspects of their business, from entity formation, IP protections, IP licensing, contract negotiations, and private placements.
While attending the John Marshall Law School, Mr. Lanzito served as Staff Editor and Executive Board Member for the Journal of Computer and Information Law.

Seventh Circuit
Davy Cady v. Michael Sheahan, et. al. 04-3518- Successfully argued before the 7th Circuit in defense of Sheriff Michael Sheahan and several members of the Cook County Sheriff’s Police Department. Appellant alleged that the manner in which the police officers performed an investigatory stop of him in front of a courthouse amounted to an unreasonable search in violation of his 4th amendment rights.

Northern District of Illinois
DeShazo v. Baneski, et al., 14 C 5139 – Obtained summary judgment on behalf of all of the defendants in a civil rights action brought by the estate of an arrestee who hanged himself in a holding cell.

Weiler v. Village of Oak Lawn, et al., 14 C 4991 – Obtained summary judgment in favor of defendants in an employment action, in which Plaintiff alleged that he was terminated from the Village in retaliation for his political association and Whistleblower statements.

Norris v. Hometown, et al., 15 C 4692 – Obtained summary judgment in favor of defendant in a case where Plaintiff alleging wrongful termination, denial of due process and a violation of his occupational liberty rights, after he was terminated after an on-duty shooting.

Dyson v. Officer Valente, 12 C 7632 – Obtained a jury verdict in favor of the defendant officer. Plaintiff was alleging that the officer selectively enforced the law against him and arrested him without probable cause.

Briggs v. Hargrett, et. al.02 C 4917- Obtained a not guilty verdict following a jury trial in favor of three correctional officers that were alleged to have used excessive force against the plaintiff.

Bartkowiak v. City of Aurora, 12 L 119 – Obtained a jury verdict in favor of the City of Aurora. Plaintiff tripped and fell in a parking lot owned by the City and suffered serious injuries requiring multiple surgeries.