On April 2, 2018, the Village of Deerfield Board of Trustees unanimously approved an ordinance prohibiting the possession, manufacture or sale of certain assault style firearms, as well as large capacity magazines. The ordinance gives Deerfield residents until June 13, 2018 to remove any applicable weapons or face a fine of up to $1,000.00 per day for non-compliance.

The Mayor as well as members of the Board of Trustees stated the ordinance was in direct response to the mass shooting that took place this past February at Marjory Stoneman Douglas High School in Parkland, Florida. In fact, the Mayor specifically stated that, “we hope that our local decision helps spur state and national leaders to take steps to make our communities safer.” In addition, the Village of Northbrook is currently exploring options to regulate or ban assault weapons and bump stocks. While proposals for gun regulation have stalled at the state and federal levels, it appears local governments could step in and play a major role in gun reform.

In fact, Deerfield is not the only Chicagoland community to impose a ban on assault style weapons. The City of Highland Park, which Deerfield modeled its ordinance after, enacted laws in 2013 to ban assault weapons, more specifically, “any semiautomatic gun that can accept a large-capacity magazine.” The Highland Park law was met with strong dissent from pro gun advocates, and in fact, a resident, as well as the Illinois Rifle Association sued the City. However, the U.S. Court of Appeals for the 7th Circuit ruled in the City’s favor, finding that the assault weapon ban afforded residents many other options for self-defense. Friedman v. City of Highland Park, 784 F.3d 406 (7th Cir. 2015). Although the case was appealed to the U.S. Supreme Court, they refused to hear the case which allowed the 7th Circuit’s decision to stand.

As for Deerfield’s ban, just three days after the ordinance was passed by the Board of Trustees, a Deerfield resident and two gun advocacy groups filed a lawsuit in Lake County against the Village claiming that an Illinois law passed in 2013 did not allow the Village to implement such a ban. More specifically, the 2013 Illinois law in question is the Illinois Firearm Concealed Carry Act. Within this Act, it states that it is the State’s exclusive jurisdiction to regulate assault weapons, and that any local municipality that wanted to regulate assault weapons had a ten-day window after the passage of this Act to do so. Deerfield claims it did not violate the State law, because the most recent ordinance amendment modifies an ordinance related to safe storage and transportation of assault weapons, as well as defined them.

The Illinois legislature is currently considering a bill that would prohibit the sale of bump stocks and would also grant local municipalities the authority to regulate the possession of assault weapons. If passed, it would be a big step in allowing local governments to play an increasingly larger role in gun reform and regulation throughout the county, especially since it has stalled so publicly at the federal level. Due to the vast differences in so many regions and communities throughout the country, local governments having at least some decision-making authority over possession of assault weapons in their municipalities could provide a great balance between pro gun advocates and those that are for gun reform/regulation.

Further, it could help provide a balance between communities more accustomed to the use of firearms for activities such as hunting, as opposed to more densely populated areas where things like hunting are not as prevalent. Overall, one thing is certain, it appears that more and more local governments are stepping up and taking action where they believe action is needed, which in turn, could play a major role on the future of gun reform/regulation throughout the country. 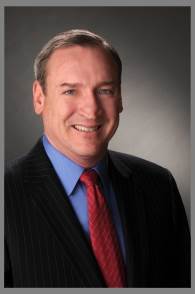